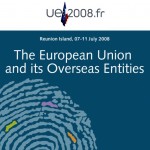 2008 | IUCN and French Presidency of the European Union

The European Union overseas entities are particularly vulnerable to climate change and biodiversity loss. For the first time, IUCN brought together representatives from these regions with experts and policy makers to discuss necessary steps to protect the European Union’s natural wealth overseas.We produced the accompanying book “Climate Change and Biodiversity in the European Union Overseas Entities”, developed website and pre-conference newsletters and reported live from the conference.

Conference: The European Union and its Overseas Entities

Wiebke is simply an excellent meeting facilitator. She knows how to get people engaged - and equally how to move things forward when needed. Wiebke is a real pleasure to work with.

Working remotely and on site in Haarlem, the Netherlands.